Sorry, no posts matched your criteria.
Home • Hair By Angelica Curiel  • What is Tik Tok Hair?

What is Tik Tok Hair?

It goes beyond saying that TikTok, the well-known entertainment video app, has become the ultimate melting pot for trends of all sorts. Fun hacks, makeup looks, dances, and even viral hairstyles have become a part of people’s lives. Many of these hair-looks found on TikTok have leaked into the real world for good. Among these is the adorable Mop-top cut.

How did it begin?

The Moptop cut was first invented by Professional hairstylist Stephen Marinaro, commonly known as TheSalonGuy. Moptop, as he calls it, is a hairstyle for boys that gives the final look of thick, fuzzy waves of curls brushed toward the face, with bushy strands of hair sweeping across, covering much of the forehead, and dusting the eyelashes.

How to do TikTok Hair

According to Stephen, the man who has coined this hairstyle, the Moptop look itself can appear a grown-out mess. But the haircut is precisely layered to a round shape that narrows down to a much shorter length on the sides and back. The Moptop features longer hair on top of the head, gradually shortening down the sides. Hair texture plays a huge part in this look; therefore, a balanced combination of textured and wavy hair is preferred. A few methods to achieve the soft wavy frizz with the perfect texture are bleaching the hair or getting a loose perm.

The mop-top style and overall shaggy-looking hairdo fit best for teenagers. This style may even look like the distant cousin to the fringes or undercut.

Breakdown of the Moptop

A video from YouTuber TheSalonGuy shows the perfect breakdown of creating and pulling off the final look, which he touts as the “biggest hair trend on TikTok.” He explains to the viewers the video process of understanding the look from the perspective of a stylist. He starts by gradually cutting down the back hair, shortening them until it’s between half an inch and a full inch. Next, he begins to work his way to the sides and top. The hair on the sides of the head must be equally short as the hair at the base of the neck before gradually lengthening to the far longer locks on the top of the head.

The hair on the crest of the head also differs in length. The haircut requires smooth progression from neatly trimmed into “very very messy,” Stephen explains that the style demands a “tapered flow into an absolute, just, mess .”According to Stephen, the vital step in creating the mop section of the technique is “connecting layers and making sure that every single hair is layered.” This gives the style the texture that imparts a messy look instead of an untamed one.

This entire process shows that the haircut seems simple, yet it is actually quite complex.

7 Easy-Going Hairstyles to Try When You Are on Vacation 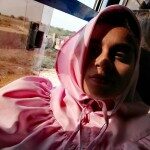 The 80s Are Back: Everyone Is Wearing This Nostalgic Hairstyle